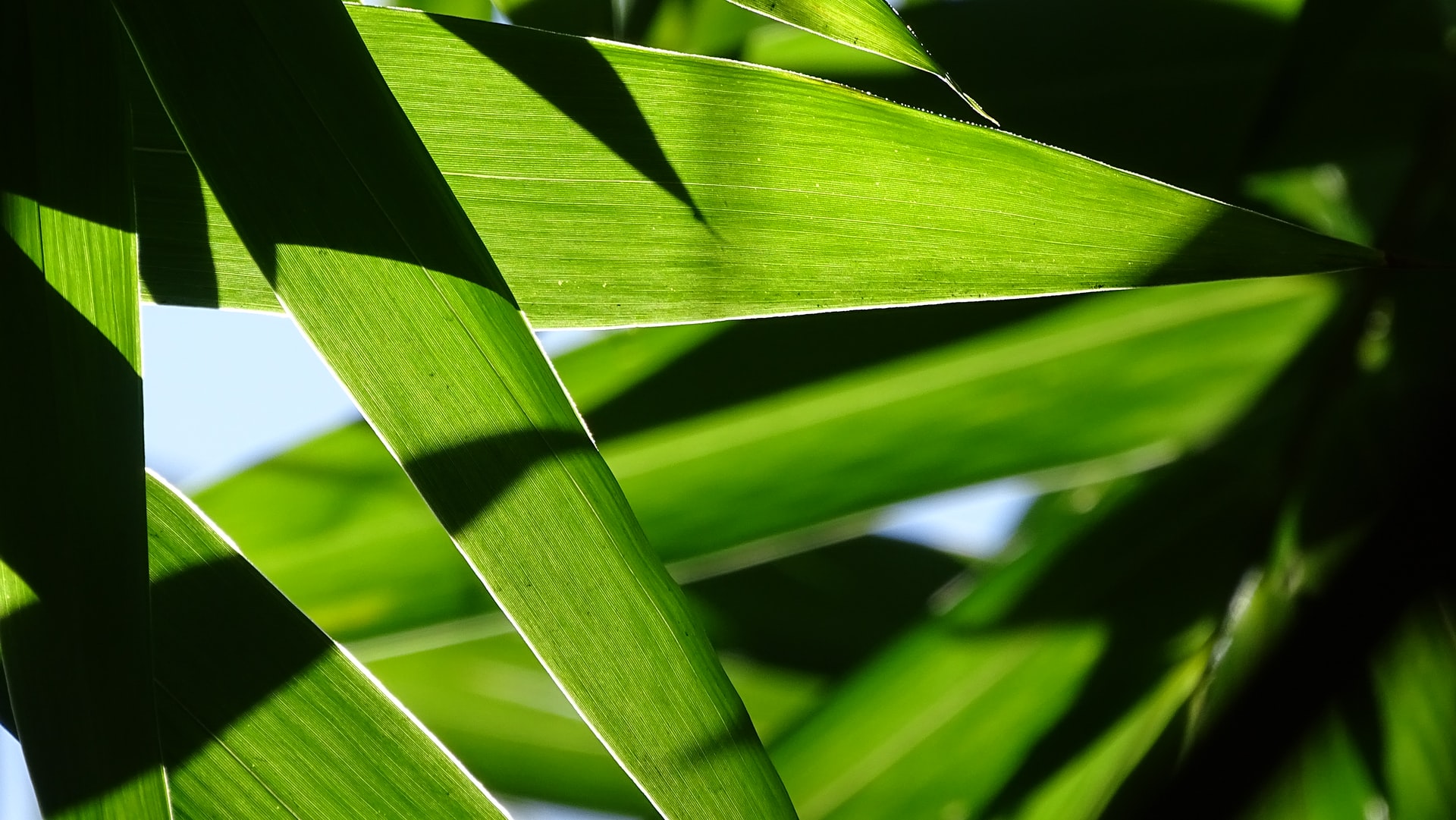 NFTs, so called non fungible tokens that can represent digital art, music and videos, saw a huge increase in demand last year, reaching $44 billion. The blockchain network that most NFTs are traded on is Ethereum. The massive media coverage, however, drew attention to another issue: the huge energy wastefulness involved in cryptocurrency mining. This is because the central mechanism, proof of work, consumes vast amounts of energy. This year, Ethereum plans to move to another mechanism called proof of stake with the promise of cutting down energy consumption drastically.

Blockchains do not have a central gatekeeper like a bank to verify transactions. Both Bitcoin and Ethereum, two of the most popular cryptocurrencies, rely instead on a consensus mechanism called "proof-of-work" to keep a transaction ledger orderly. Central to this process are crypto miners that create, i.e., mine, (bit-)coins.

The cost of decentralization is high. Proof of work pits miners with different mathematical problems against each other. The first miner to solve the problem gets new coins and updates the ledger. This takes a lot of computing power, and thus electricity. In other words: computing power is the cost for proof of work.

According to Digiconomist, Ethereum consumes 113 terawatt hours per year. This is the same amount of power as the Netherlands consume. One Ethereum transaction can use as much power as a typical US household does in a single week. Bitcoin's energy consumption is even worse.

This is partly why China banned crypto-mining last year and why countries such as Kazakhstan and Kosovo, where miners conduct their mining operations, are forcing miners to leave and cutting off their electricity. After all, these countries require power to keep their homes and businesses running.

Proof of work not only generates electricity but also electronic waste. Many crypto mining-specific computer servers are obsolete within 1.5 years and end up in landfills.

The Ethereum mechanism also has another drawback. It is slow at 15 transactions per minute, which doesn't scale. CryptoKitties, which allows players to breed and trade cartoon cat characters, caused a huge transaction pileup on this network in 2017.

As venture capital firms are investing a lot in Web3 -a model that allows apps to run on decentralized blockchains powered by Ethereum - it's the right time for Ethereum not to be associated with proof-of-work mining any more and change to a much more eco friendly approach.

Known as "The Merge", Ethereum will transition its entire network into a new consensus mechanism: proof-of-stake. It promises that it will use 99% less energy and allow the network scale to process 1000 transactions per minute.

Although it has been six months for many years for Ethereum to move to proof of stake, this time it will happen. Vitalik Buterin (Ethernet's founder) told Fortune that while they thought it would take one-year to implement POS, it has actually taken six years. This was in May 2021, but it looks like that th merge will actually happe in the second half of 2022.

What is proof of work?

Bitcoin was the first cryptocurrency. It was created to end the influence of third parties (often big banks or states) over financial systems.

Bitcoin's creator had to devise a way to prevent people from gaming the system by spending the same coins twice in a blockchain. Although it wasn't perfect, proof of work worked well enough.

Bad actors are prevented from setting up large numbers, seemingly independent, virtual nodes to exert influence over the network by requiring a substantial upfront investment. You have to pay to participate.

That investment is hardware in Bitcoin's proof-of-work. Bitcoin miners compete for solving a puzzle approximately every 10 minutes. The winner adds a new block to the block chain and the reward are bitcoins. However, finding the right answer is like winning the lottery. It takes a lot of guessing to get lucky and the more powerful the computer is, the higher the your chances of winning.

Server farms spread across the globe are dedicated to this purpose, making trillions of guesses every second. The larger the mining operation is, the better it is in terms of costs. This leads to a higher market share that works against decentralization. Basically, any system that relies on proof of work will naturally recentralize. This led to a situation, where Bitcoin is controlled by a few large companies.

Since early on in Bitcoin's history, crypto enthusiasts have searched for other consensus mechanisms that can preserve some degree of decentralization - and aren't as wasteful and destructive to the planet as proof of work.

How proof of stake works

One of the most popular alternatives to proof of work is proof of stake. It was first proposed in 2011. According to the whitepaper that first described the new blockchain in 2013, it was actually supposed to be the core mechanism for Ethereum. However, the development of this system turned out to be extremely complex. Thus, Ethereum launched with a proof-of-work model instead, and started to work developing a proof-of-stake algorithm.

Validators instead of Miners

Proof of stake eliminates miners and replaces them by "validators." The idea is that instead of investing in expensive, energy-intensive computer farms you can invest in native coins. To be a validator, or stake your tokens, you need to lock them up in a smart contract. This is a piece of code that runs on blockchain. The smart contract will hold the currency you send to its wallet address. It is similar to depositing money into a vault.

To become a validator in the proof-of–stake Ethereum system, 32 Ethereum (currently worth $100,000) are required. You can join a staking program where validators are shared with others if you don't have this amount of money.

Now an algorithm selects an validator from a pool of validators. This is based on the amount of funds you have put into the systen. You have a better chance of winning the lottery if you stake more money. If your block is accepted and approved by "attestors", a random group of validators chosen by an algorithm, you will be awarded a newly-minted ether.

Proponents of Ethereum claim that proof of stake is a better option than proof of work because it provides an economic incentive to follow the rules. If a node validates bad transactions, blocks, or both, they face "slashing," meaning that all their ether is "burned." This means that the coins will be sent to an inaccessible wallet address, where nobody has the key.

Proponents claim proof of stake is safer than proof of work. You must possess at least half of the computing power required to attack proof-of-work chains. For proof of stake, however, you will need to control more than half of the coins within the network. This is much more difficult, since this needs a higher investment.

Currently, the proof-of-stake system for Ethereum is being tested on the Beacon Chain. It was launched December 1, 2020. There have been 9,500,000 ETH (current value: $37 billion) staked. It is planned to merge it with Ethereum's main chain within the next few months.

There will be more upgrades. Ethereum will implement sharding after the blockchains merge. This is a method that breaks down the single Ethereum blockchain into 64 chains. Each chain will be coordinated by the Beacon Chain.

Rollups, which are a method of speeding transactions, will be used later. They execute the transactions off-chain and send the data back to Ethereum.

It is a huge undertaking to switch Ethereum to proof of stake. There are thousands of smart contracts on Ethereum, and billions of dollars worth of assets. Although staking isn't as damaging as the big minig farms, critics argue that proof of stake is essentially not more effective than proof of work when it comes to maintaining decentralization. The more money you stake, the more money you make.

Proof of stake has not been proved on the same scale as proof-of-work platforms. Bitcoin has been around over a decade. Although several other chains, such as Algorand Cardano, Cardano and Tezos, use proof of stake, these projects are small compared to Ethereum. Once the new system has been widely released, new vulnerabilities may emerge.

Another risk as Ethereum moves to the new protocol is that some disgruntled miners might decide to create another chain. All the NFTs, smart contracts, and coins that are currently on the existing chain would automatically be duplicated on the forked or copied chain.

Similar events occurred in 2016 when Ethereum developers reversed the blockchain to fix a major hack. Some members of the community were so upset that they continued mining the original blockchain, which resulted in two Ethereums: Ethereum Classic and the Ethereum what we now have. It could happen again - the success depends ultimately on the mining power behind any other version of Ethereum and the value of the coins on the open market.

Ethereum must move to proof-of-stake to avoid further environmental problems. But it is unclear if the new proof-of-stake system will fulfill all its promises. How decentralized will it be? What's the point of proof of anything if a public blockchain doesn't have decentralization? All that work, whether it's consuming huge amounts of energy or stake all those coins, is just an illusion at the end of the day?

Photo by Vlad Kutepov on Unsplash