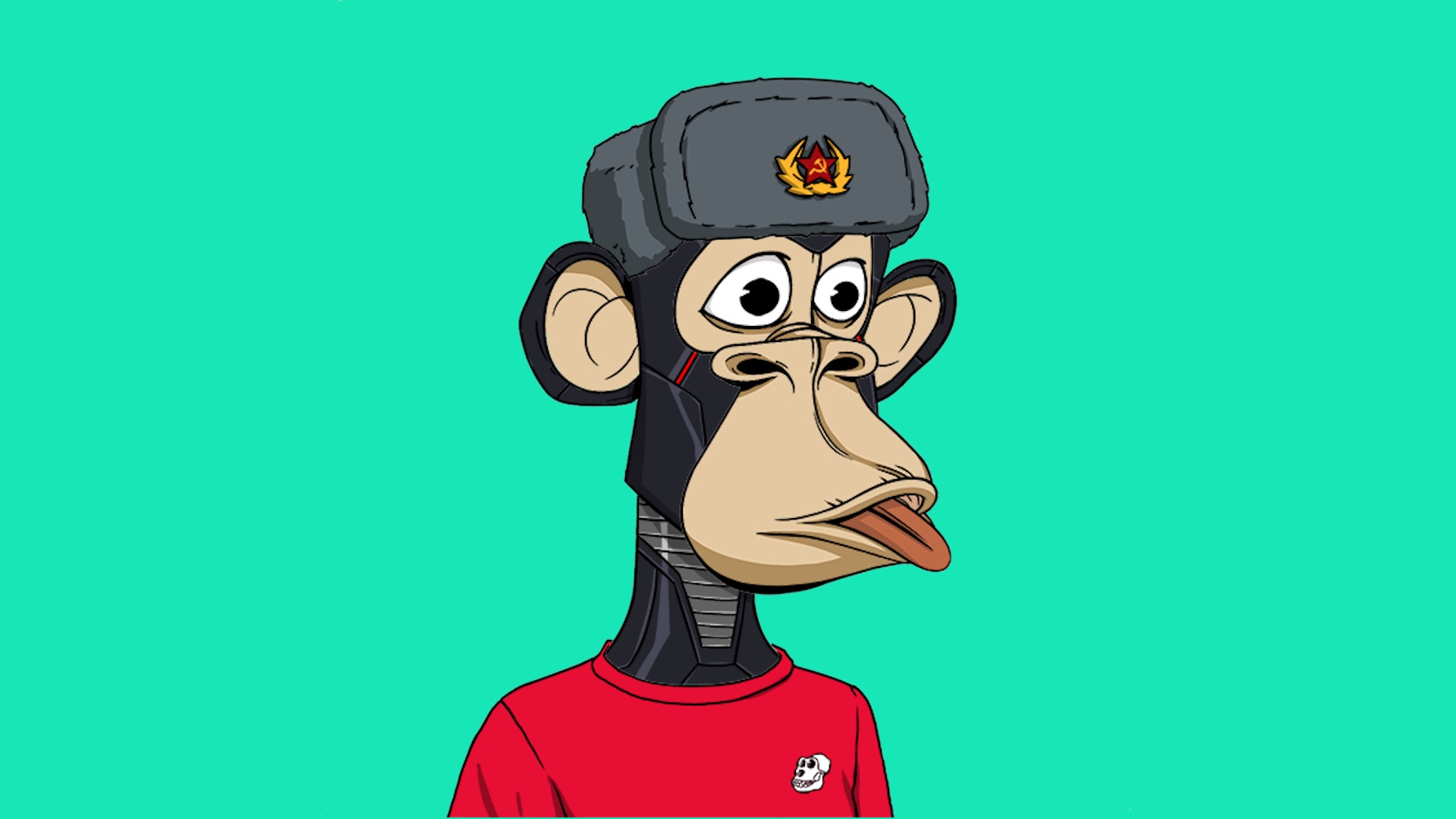 Have you heard of the Bored Ape Yacht Club (BAYC)? Many celebrities are already a member if this club: Paris Hilton, Jimmy Fallon or Steph Curry to name a few. This means that they have all purchased one of 10,000 NFTs of apes with different attributes and traits.

If you follow Fallon’s Tonight Show, then you probably saw him show off his ape with Paris Hilton. Hilton had revealed moments earlier that she recently purchased a Bored Ape for herself, which Fallon then showed to an astonished audience.

BAYC was launched in April at 0.08 Ethereum each (about $190) and its owners are either crypto-savvy enough or wealthy enough that they can buy in now that the collection is culturally significant.

Bored Ape Yacht Club has become an off chain brand beyond the celebrity buyers. Adidas collaborated with BAYC to launch its first NFT project. A BAYC mobile app was launched in January. An ape from the Club graced Rolling Stone’s cover.

There are generally two types of NFT artwork. You have the one-off visuals which are sold as non-fungible tokens. This is similar to selling pieces of art in real life. For example, Beeple NFTs were sold at Christie’s for $69 million. The second variante are NFT collections, or “projects”, like the Bored Ape Yacht Club. These are similar to Pokemon cards. They are based on a template and you can get hundreds or thousands of variations, each ranked in order of rarity. BAYC has 10,000 apes with different “properties”, such as fur types, facial expressions and clothing.

These properties can be found on OpenSea which is the main platform for NFTs to be traded. Each NFT’s property will be listed on its page along with the percentage of NFTs that have the property. Anything below 1% is usually considered rare. The “floor price” of the project, which is what you would pay for an ape that has common traits, is 71ether. Rare apes with golden fur traits are hard to find so they sell much higher. One was purchased last week for 333ether or $1.36million. Two months ago, a with golden fur and laser eyes sold for $3 million.

BAYC is second in NFT projects of this type, after CryptoPunks. CryptoPunks, a collection consisting of 10,000 8-bit avatars, was created in 2017. CryptoPunks’ floor price was around 90 ether for the second half 2021. This has dropped slightly in the last few weeks and Bored Ape advocates hope that the BAYC floor prices will overtake CryptoPunks. In the NFT space, this is known as “the flippening.”

Why is Bored Ape Yacht Club so valuable?

This is a complex question. As with all art in real life, value is a matter of perception.

The Bored Ape Yacht Club was founded in April by four anonymous developers: Gargamel Gargamel Gordon Goner, Emperor Tomato Ketchup, and No Sass. All 10,000 sold out in 12 hours at 0.08ether (roughly $190).

It is subjective what makes BAYC and any other NFT collection unique. It’s generally a combination of three things: community strength, celebrity involvement and utility for members.

Famous people have an NFT and it inspires others to get one. Jimmy Fallon is a recent example.He bought a BAYC on November 8 for 145,000 and used it as his profile picture on Twitter where he has 50,000,000 followers. This has caused a lot of hype and increased sales.

Bored Ape Yacht club has done several things to keep owners engaged. It created the Bored Ape Kennel Club. This club allows owners to “adopt” a Bored Ape NFT dog with traits similar to those of the Bored Apes. In August, they added digital vials containing mutant serum. To make a Mutant Ape NFT, owners could mix the serum with their Bored Ape. Mutant Ape NFTs and Kennel Club sell well. The Mutant Ape Yacht club collection has seen a surge in value, with the floor prices rising from approximately 4 ether in November, to 15 ether ($55,000 now).

Bored Ape Yacht Club organized meetups throughout New York City and California, as well as Bored Ape get togethers in Hong Kong. Recent events included a weekend of celebrations for owners in New York which featured a yacht party and a concert with performances by Chris Rock, Aziz Ansari, and The Strokes.

The business side of building a community is important. The value of art is only as high as the price people will pay. The floor price for an NFT collection is basically equal to the amount that the members with the lowest investment are willing to sell it for. Ape owners who believe they are a token in a community will be less likely to list their apes up for sale. Apes are not just for sale, they can also be used to obtain a pass for the community.

A collection can also become a status symbol once it reaches a certain value. Profile pictures are used by people in cryptocurrency and NFT to post on social media. Just you like can wear a $10 Rolex replica, you can download a digital copy of a Bored Ape. But just like with the Rolex replica, you downloaded copy won’t be the “real” thing.

Slowly, the Bored Ape Yacht Club is expanding beyond NFTs to become an “offchain” brand, that is, one that exists in the absence of blockchain.

Since Bored Ape NFT owners have full commercial rights to their apes, they are using that right in many creative ways. One Bored Ape owner created a Twitter account for his ape, where he shared a backstory that made him Jenkins, a valet who works for the Yacht Club. Jenkins was signed to an real-world agency in September. His biography will be written by Neil Strauss, a New York Times bestseller. Universal Music Group has signed a trio of Bored Apes with one Mutant Ape.

While NFTs may seem silly and are harmful for the environment, you shouldn’t expect NFTs to vanish anytime soon.