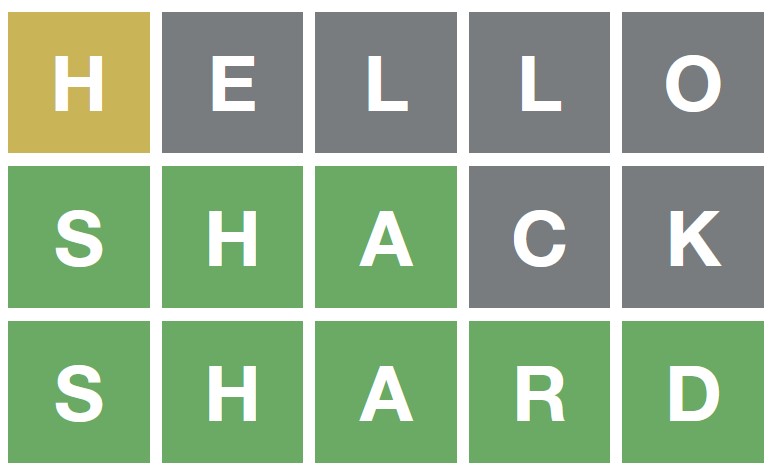 Every now and then, something simple changes our lives. The paperclip, Post-its or the iPod are just a few examples. Over the past few weeks, Wordle has become a hugely popular word game. To argue that Wordle is the hottest thing for January 2022, wouldn’t be far-fetched.

Wordle went under the radar for most of 2021. But by January 10, it had 2.7 millions players and counting. How can we explain such a simple game’s overnight success? Wordle’s game mechanics aren’t novel or unusual. It’s not a new or unique game mechanic. Many clones now offer the exact or similar game. Wordle isn’t inherently innovative, but it does have a unique feature: great UX. Let’s take a look at the UX principles that make Wordle so great.

Wordle’s instructions are concise and easy to follow. With just 85 words everyting is explained. However, Wordle has the advantage of similar game mechanics to other word-games. It is unlikely that new players will require any additional context before they can start playing. Some products don’t have this luxury.

It’s refreshing to just visit a website and immediately start playing a game. There is no log in or download requires and there are no social media trackers  But a completely anonymous game would not be enjoyable. Wordle only asks  minimal information to keep track of its users. Wordle requires that users use the same browser and device each day. This is not a problem considering how many people wake up each morning with their phones in hand. Wordle also tracks completion streaks and statistics to help returning users. This gives them an incentive to return and gives them a sense of accomplishment.

Wordle’s interaction design is what sets it apart from others. Wordle only uses HTML, CSS and JavaScript. However, when you submit your guess the reveal is precisely timed to match your anticipation. You develop an emotional attachment to the yellow and green squares and a fear for the gray squares. The letters flip vertically when you submit a guess. They also show their true colors. When you find the word of the week, the letters do a little synchroized jump for joy. It’s so simple but so beautiful. Wordle’s creator Josh Wardle knows web design best practices. He has also created viral success stories with Reddit Button, and Place. He didn’t take shortcuts in designing this simple game for his partner.

Not designed for addiction

Wordle is a strict limit, unlike many other dopamine-boosting, visually pleasing apps and games. Wordle gives us one word per day. It refreshes at midnight local time. After you have consumed six or fewer guesses, it’s over. You are done until midnight. No infinite scrolling. There is no incentive to try new words or increase your score. There is no freemium model that will speed up the wait for the next word.

You have probably seen your social media feeds filled with the exact same sequence of text and emojis. This is how many people first discovered the word “Wordle” by going online. We scrolled past what appeared to be a string of meaningless squares and characters. Then another, and another. We started to understand what “Wordle 229 3/6” meant (it’s the title of the game, the serial numbers of the daily games — day 229– as well as the number of attempts required to find the correct answer).

However, you must know what you are looking at. To distinguish the in-crowd and out-crowd, the sequence of numbers and words that you can export to social media acts as a shibboleth . It’s an easy way for the initiated to see how your friends have performed in this daily challenge that we all shared.

This is the main reason for Wordle’s popularity. Although most internet content can be shared, you can tweet something like “hey, this is a cool game… ” but this isn’t as likely to generate as much engagement as that seemingly cryptic string of characters. Rather than answer all of your questions, it leaves you asking all the questions. and you are now committed to finding out for yourself.

At the end of January, the New York Times bought Wordle for a low seven digits figure. Ultimately, Wordle will become part of New York Times subscription puzzle service. According to Josh Wardle, the game will remain free-to-play and that current streaks of players will also be preserved when moving the game to the New York Times.