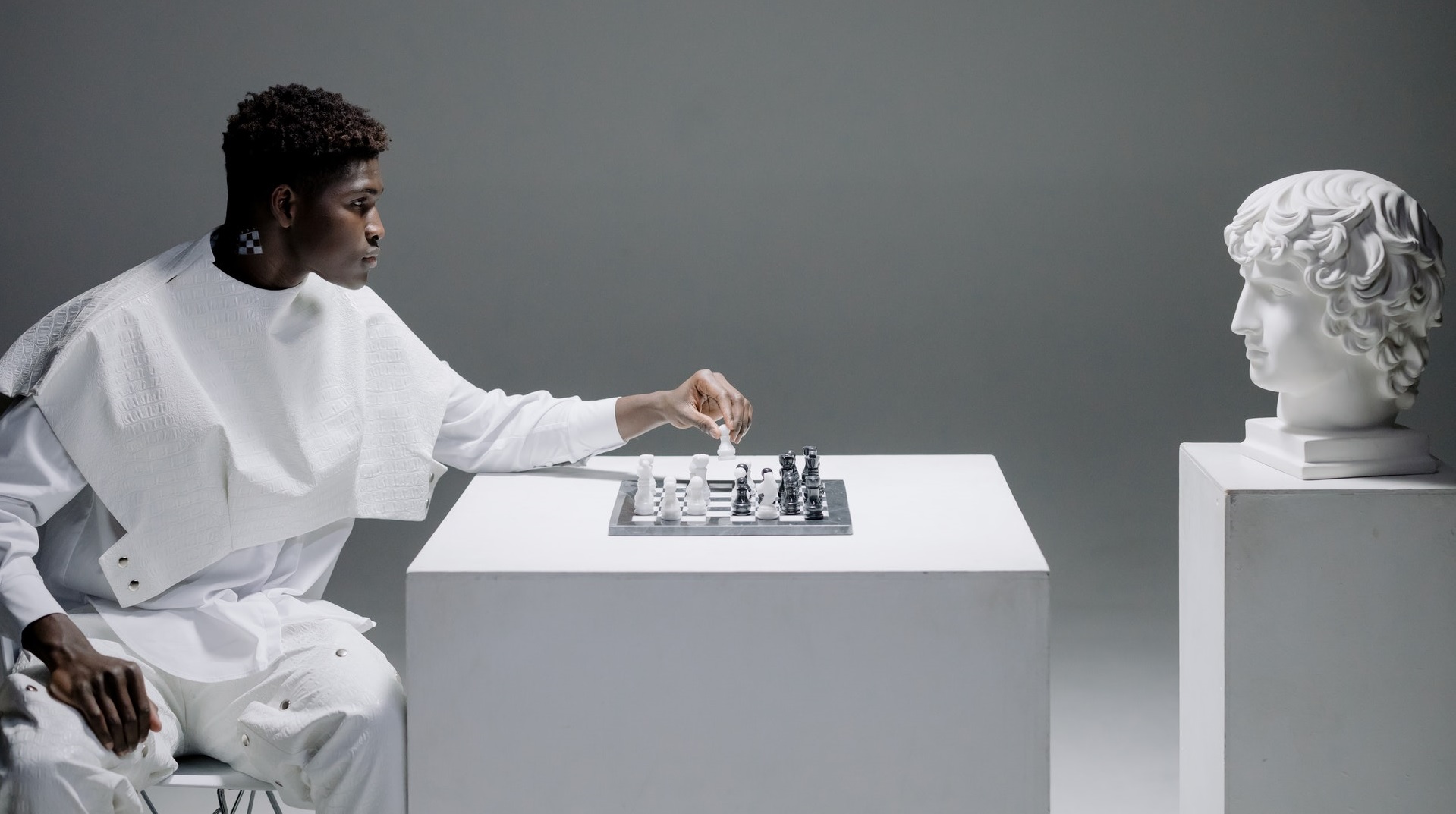 As with many of the cloud app development trends, Serverless Computing as well as Containers are widely discussed and talked about by developers. Serverless was created to be an alternative to containerization. Others feel serverless can be used in conjunction with containers for application deployment. Serverless and Containerization are not only different in terms of performance but also for longevity limitations, app scalability, deployment time, and other factors.

Serverless Computing vs. Containers: Which one should you choose for 2022?

As we’re appraoching the end of 2021 there is a continuing discussion about devops going serverless or continue using containers to deploy applications. We’ll be comparing these technologies in this article and trying to determine which one is better, which one has the best combination of common and unique qualities? Which one is best suited for which application?

We used to deploy applications on large servers over the years. This was because we had the responsibility of provisioning and managing the resources. It has a few problems:

It’s difficult for small companies and individuals to manage so many issues, such as the ones listed above. This also impacts the overall Time-to-market and cost of delivery, which are otherwise the most important aspects in custom software development.

This is where “Serverless Computing” comes in. Serverless computing provides an execution model in which your cloud provider (e.g., AWS or Azure) executes a piece by dynamically allocating resources. You only pay for the resources used to execute the application code. This is a significant cost reduction when compared to traditional servers. In this way, computing becomes “serverless”, meaning that the cost of managing server resources and the infrastructure are less than the compute cost.

Containerization ensures that software runs properly when moved between computing environments. Containerization allows different teams to work independently on different parts of an application, so long as there are no significant changes in how they interact with one another. It is therefore easier to create software and faster to test it for any errors.

This is more important than ever in a world like with agile projects and DevOps. Containers make it easy for developers to be confident that their software will run regardless of where it will end up. Containers also allow for what we commonly call microservices.

Software such as Docker Swarm, Kubernetes and others help you to manage all these containers. They allow you to orchestrate the containers and push them out on different machines, while ensuring that they run.

We now know why serverless and containers are important. Let’s compare Serverless vs. Containers feature-by-feature to get an idea of each deployment option.

Serverless. Functions live very short lives. They have typically a time span of 5 minutes or less and this means the container running them may only “live once”, and then “die”.

While a shorter lifespan is a drawback for some functions, it also allows developers to be more agile and push apps into production that are easy to scale.

Containers. Containers can run continuously and do not stop after services have been executed. They can leverage the benefits of caching, which we will talk about later. However, scaling is not instantaneous.

Serverless.  Because functions are ephemeral or’short-lived’ they are by definition stateless. This allows for a flexible way to combine them and create something powerful. In a nutshell: the more stateless they are, the better.

Stateless computing’s power lies in its ability to allow developers to create powerful, reusable functions that can be arbitrarily combined. However, it has the disadvantage of not being able to cache. Because functions are stateless, there is no way to cache any information for future use. We will talk more about this in the next point.

Containers. You can take advantage of the caching benefits by using containers. You will need a storage device that can manage data outside the container to allow data to be saved even after the containers are shut down. Why is caching so important? Reusing a cache from a previous build is a great way to save time and reduce computing costs. This allows for the creation of new containers to be done very quickly.

Serverless. Because functions are stateless and don’t have any copies of your functions on standby, they can’t cache. This results in a longer invocation time. If you call a function after the specified time it will experience what is commonly known as cold start. You may have latency issues, especially when you have concurrent users.

Containers. Containers are always on. You will receive an immediate response and a low latency time. Caching is an advantage because containers can be spun up quickly with no need to create any files again. A reference to them suffices to locate and reuse existing structures.

Serverless. A serverless architecture automatically and inherently scales to the required scalability. It can also be compared with the working of a water supply. Your supply provider turns the tap on, and your customers can get as much water as they want at any given time. They only pay what they use. This idea is much more flexible than trying to buy water in one bucket or ship one container at a time.

Containers. When scaling an application to meet the needs of the user, it is the responsibility of the developer to decide the number of containers that will be deployed. A shipping company might ship more containers to the destination in order to meet increased demand. However, this will not be scalable if the demand for consumers is higher than the shipping company’s expectations.

Serverless. Let’s say you already use many services from AWS. If that is the case, then choosing Lambda functions will be very easy because it allows for fast integration with other services. However, you’ll experience a vendor lock-in. As of now it is unclear how to integrate vendor indpendent serverless support within the DevOps framework. Especially, if your organisation has hundreds of functions and thinks of distributing them over different serverless providers.

Containers. Containers allow for great portability and it takes very little time and effort to transfer the code from the developer’s laptop to your datacenter or to other cloud providers. In this context, Microservices are a great way to create new versions of your applications, despite the increasing stress on innovation and time to market. Also, Microservices are a great option to start if you’re trying to move from monoliths because of their ease of migration and multiple options for technology stacks for multiple containers.

However, there are some interdependencies when running a container on a public cloud platform. Upgrades such as these need to be planned together, which includes container hosts and containers images, container engine, and container orchestration.

Containerizing legacy applications you wish to move to microservices might be a cheaper option than re-architecting it into functions.

Serverless. There are a few languages supported by FaaS providers, which mainly include Node.js Python, Java, C# and Go in the case of AWS Lambda.

Containers .While containers allow you to work in heterogeneous environments, you can also use them with any technology stack. This may not seem like much, since most developers are proficient in multiple languages. But, you won’t need to consider the language when hiring for your project. Microservices can be independently deployed and scaled, with each service providing a module boundary. Services can be written in any language and can be managed by multiple teams.

Serverless. It’s not difficult to deal with functions like AWS Lambda. This makes it easier for you to focus on your product and business results. This significantly reduces time to market.

Containers. Management of cluster configurations is a difficult task because it requires a solid knowledge in container technology. Kubernetes, an orchestration framework, makes it easier to manage and control the architecture.

Serverless. Testing is difficult with serverless web applications because it can be hard for developers replicate the backend environment locally.

Containers. Because containers run on the same platform as their deployments, it is relatively easy to test an application that uses containers before it is deployed to production.

Serverless. Since there is no server to maintain, maintenance of Serverless-based Applications is simplified, because the serverless vendor, such as AWS Lambda, takes care of everything in the backend.

Containers. It’s part of the job of a developer to maintain and update each container that he deploys.

Serverless. As we have already said, using serverless prevents you from having unnecessary costs of resources. Because application code doesn’t run until it is called, they scale to zero. You’ll only be charged for running the code and for the amount of server space that your application uses.

Containers. Containers are always running. Cloud providers charge you for your containers, even if the application is not being used at the moment.

Serverless. Because serverless functions are smaller and less complex than container microservices, and don’t come with system dependencies, it takes just milliseconds for an application to be deployed. Serverless applications are also available immediately after the code has been deployed.

Containers. Although containers take longer to set up in the early stages of development, once they are configured they can be deployed in a matter of seconds.

These use-cases are perfect for serverless computing:

Containers work best for application deployment in the following scenarios:

So, which should you choose?

If you have a large application that is already running on-premise, it may be possible to first run it in containers. Then move parts of the application towards functions. You can consider going serverless if you have an existing microservice-based application that and if you don’t mind a certain level of vendor lock-in.

All in all, a serverless architecture is definitely worth your attention, especially because of its cost-effectiveness. Get in touch with us if you want to learn more about serverless and containers. Follow us on our blog app.

What is serverless computing exactly?

Photo by cottonbro from Pexels