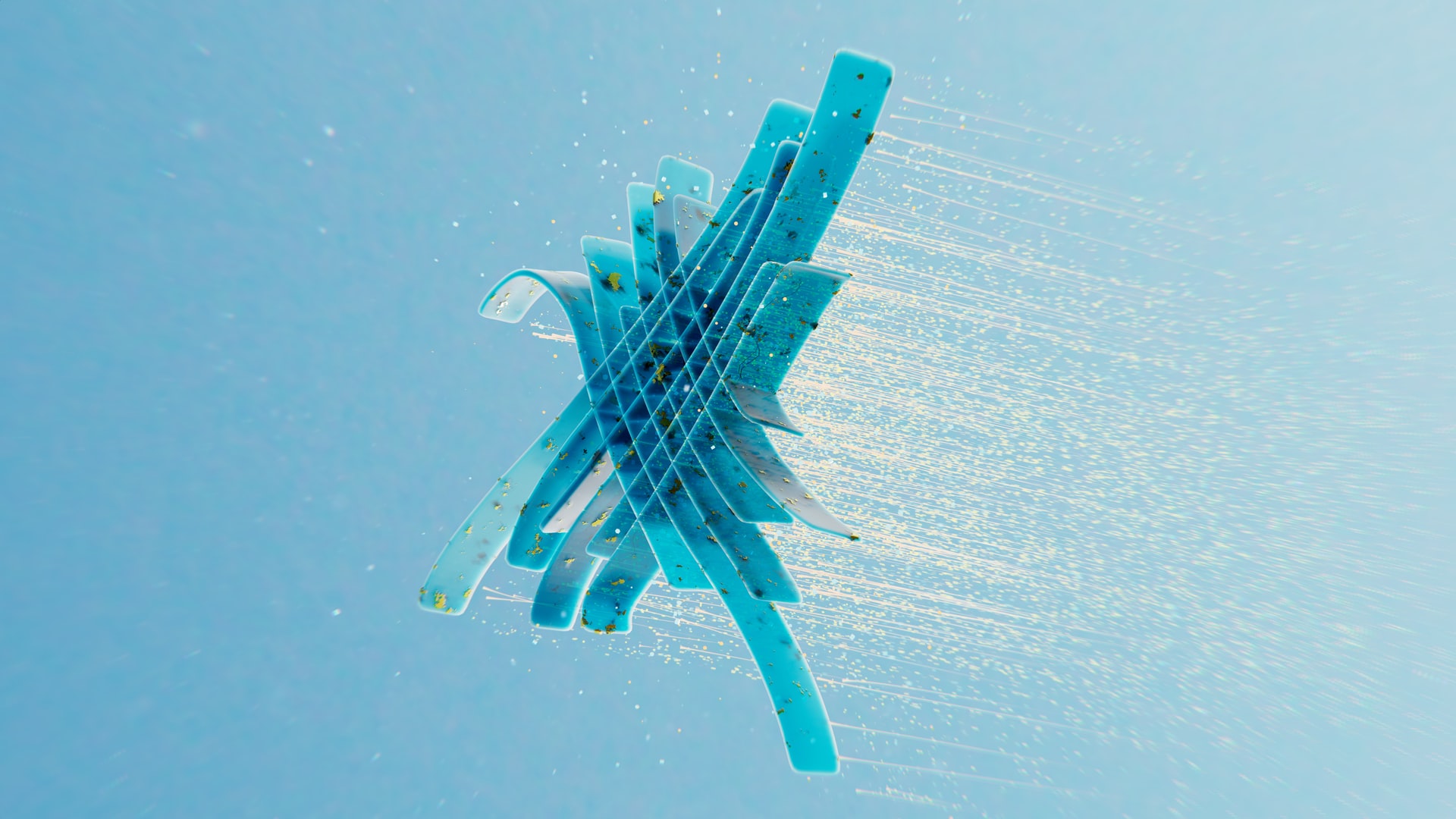 Consciousness is thought to be a property of the brain. The brain is the organ that enables us to think, feel and perceive. It is made up of billions of neurons that work together to produce our conscious experience.

What is certain is that consciousness is a fascinating mystery that continues to puzzle scientists and philosophers alike.

The hard problem of consciousness

In his book, The Conscious Mind, David Chalmers proposed what he called the “hard problem” of consciousness: Why is it that some physical systems are conscious, while others are not? Chalmers argues that the standard approach to consciousness in cognitive science—which is to explain it in terms of information-processing—is doomed to failure because it cannot explain how physical systems can be conscious.

Chalmers’ hard problem has been criticized by some philosophers, who argue that it is based on a false dichotomy between the physical and the non-physical. They argue that there is no reason to think that consciousness must be either physical or non-physical. However, even if this is true, it does not mean that the hard problem is not a genuine problem. Even if we do not know what kind of thing consciousness is, it is still a mystery why some physical systems are conscious and others are not.

One way to try to solve the hard problem is to argue that consciousness is not a physical property at all, but is instead a property of information. This is the approach taken by some theorists, who argue that consciousness arises when certain kinds of information are processed in the brain. However, this approach faces the same problem as the physicalist approach: it cannot explain how physical systems can be conscious.

Another way to try to solve the hard problem is to argue that consciousness is a higher-level property that emerges from the interactions of many lower-level physical properties. This is the approach taken by some theorists, who argue that consciousness arises from the complex interactions of neurons in the brain. However, this approach also faces the same problem as the physicalist approach: it cannot explain how physical systems can be conscious.

But is there a way to know if somebody is consciousness? David Chalmers has argued that there could be creatures that are indistinguishable from humans in every way, except that they lack consciousness. Chalmers calls these creatures philosophical zombies - beings whose mental states are qualitatively identical to our own, but which lacks conscious experience. In other words, a philosophical zombie is indistinguishable from a normal human being in every way, except that it lacks consciousness.

This might seem like a strange concept, but it is actually a very useful thought experiment. By considering the possibility of philosophical zombies, we can better understand the nature of consciousness itself.

One of the most interesting things about philosophical zombies is that, if they existed, they would be impossible to tell apart from normal human beings. This means that, for all we know, every single person we have ever met could be a philosophical zombie.

Of course, this is a highly unlikely scenario. But it does show that consciousness is not something that can be measured or observed from the outside. It is something that is internal and subjective.

If we cannot be sure about conciousness, is there at least a way to determine intelligent behavior? Alan Turing's imitation game, also known as the Turing test, was used to test a machine's ability to exhibit intelligent behaviour equivalent to, or indistinguishable from, that of a human.

Turing proposed the test in his 1950 paper "Computing Machinery and Intelligence", asking the question "Can machines think?"

The test is based on a hypothetical scenario in which a human judge engages in a natural language conversation with a human subject and a machine, all of which are hidden from each other. The judge must then decide which of the two is the machine and which is the human, based on their responses.

If the judge cannot reliably tell the difference between the machine and the human, then the machine is said to have passed the test.

Turing himself suggested that the test might not be the best way to measure machine intelligence, as it relies on the subjective interpretation of the responses. Nevertheless, the test has been widely influential, and is still used today as a way of thinking about the relationship between humans and machines.

The Chinese Room is a thought experiment by John Searle that attempts to show that a machine cannot be said to be truly intelligent, even if it can successfully imitate human conversation. The experiment is set up as follows: imagine a room in which a person sits at a desk, with a set of rules and a supply of symbols. This person is tasked with responding to questions by manipulating the symbols according to the rules. Now, imagine that the person in the room does not speak Chinese, but the questions asked and the responses given are in Chinese. Searle argues that, despite the fact that the person in the room can generate seemingly intelligent responses to questions, they are not actually understanding the Chinese conversation. This is because they are simply following rules, without any understanding of the meaning of the symbols.

Searle's argument is that, even if a machine could perfectly mimic human conversation, it would not actually be intelligent. This is because intelligence requires understanding, something that machines cannot (currently) achieve. The Chinese Room thought experiment is one way of trying to show that current artificial intelligence technology is not truly intelligent.

Suppose that Mary is a brilliant scientist who has spent her whole life in a black-and-white room. She knows everything there is to know about the physics of her room, but she has never seen any color.

One day, she is released from her room and sees a red apple for the first time. Jackson argues that Mary learns something new when she sees the apple, namely, what it is like to see red. But since she didn't know what it was like to see red before, it follows that her previous knowledge was incomplete.

Critics of Jackson's argument point out that it relies on a false dichotomy between the physical and the mental. Just because Mary learns something new when she sees the apple doesn't mean that her previous knowledge was physical. It could be that she learns something new about the mental state of seeing red.

In his 1974 paper “What Is It Like to Be a Bat?” Thomas Nagel argues that there is something it is like to be a bat – that is, there is a subjective, first-person experience that is unique to bats and not accessible to other creatures. This is because, Nagel claims, bats have a special form of consciousness that is defined by their form of life: their mode of perceiving the world, and the particular way in which they navigate and orient themselves within it.

Nagel claims that this must be a very different experience to ours, because our visual perception is so different. We see the world in three dimensions, whereas bats’ perception is two-dimensional. We also see the world in colour, whereas bats only perceive shades of grey. Nagel argues that bats’ experience of the world must be very different to ours, and that we could never fully understand what it is like to be a bat.

In conclusion, Nagel argues that there is something it is like to be a bat – that is, there is a subjective, first-person experience that is unique to bats and not accessible to other creatures. This is because bats have a special form of consciousness that is defined by their form of life: their mode of perceiving the world, and the particular way in which they navigate and orient themselves within it.

What is it like to be a human with a consciousness?

There might not be an answer to this question as everyone experiences being human differently. If we follow the idead of David Chalmers argues there are two kinds of consciousness:

2) Phenomenal consciousness: The subjective experience of being aware of something.

A bat may be access conscious of a particular object, but we will never know what it is like to have the bat’s phenomenal consciousness.

Some argue that AI systems may already be zombie-like in this sense. They may be access conscious of the world around them, but they do not have any subjective experience.

Thus, when we ask whether an AI is sentient or conscious, we are essentially asking how much it is like us (humans). We may never really be able to know this and our understanding of sentience and consciousness in AI systems might be limited by our own particular brand of intelligence.

But this is precisely where it really starts to get interesting.

Photo by DeepMind on Unsplash

A little bit of Consciousness